You are here: Home / Our Area / Lake City

Lake City was incorporated in 1859 and known as “Alligator Town.” It was named after Native Indian Chief Halpatter Tustenuggee, head of an area village in the early 1800s.

The first settlers of what was to become Lake City arrived in the early 1820s. Among them were John D. and James O’steen, who constructed a house about two miles east of Alligator Lake around 1824. Today Lake City has a population estimated at 12,185 residents.

Lake City and North Florida are filled with numerous lakes and rivers. In fact, there are so many lakes – public and private – that the town’s name was changed from “Alligator” to “Lake City” in 1859.

The famous Suwannee, the historic Santa Fe, and the cool Ichetucknee rivers all flow in and around our area. Offering natural beauty, an abundance of wildlife and a fabulous playground for water activities from tubing to skiing, for your enjoyment.

There are also many exciting annual events to enjoy that include: 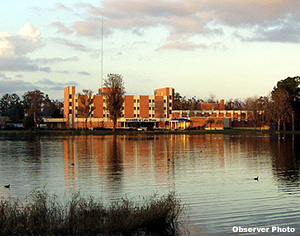